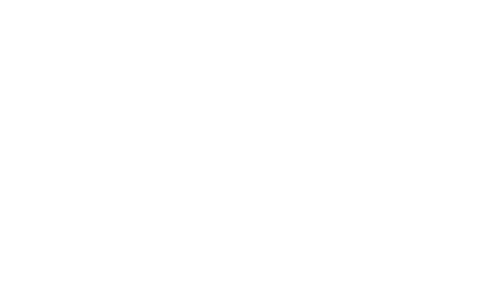 What are you chasing in life? There are phenomena in life that baffle the immature mind. Illusions for instance; a state of mind that seems so real, some take it for real. Illusions are so deceptive because they are forms of the real thing; they are but shadows of the real thing. They can be longer or shorter or same dimension as the real thing depending on the angle of the light or more accurately the source of light on the substance; whether internal or external.  Lights manifest the substance to the beholder, for ‘for whatsoever doth make manifest is light.’  External Lights cast shadows. But neither that light nor the shadows cast is the essence of the substance

Man knows that the sun does not move across the earth, rather the earth revolves around the sun. So shadows are cast depending on the angulations of the earth to the sun and are seen according to the positioning of the beholder. No matter how one describes the shadow, the best he would be offering is still an illusion, never the real thing. For substances have their intrinsic nature; some absorb light, others repel light yet some emit light and all to varying degrees.

Words are powerful, so powerful indeed they can move limbs any which way one chooses; for good or ill. But words become useless when they lose their meaning. Motivational speaking is a thriving business today because men have wearied themselves in the pursuit of shadows and now need words to move them out of despair into hope. There remains another danger though; we may be unwittingly creating illusions, shadows of hope which may lead to even more deadening despair. Perhaps the number one tip on every top motivator’s list of 10 tips for success in life is to have the belief that one can indeed be successful. That is true but only a form of truth, another shadow of the real substance.

I am a Bible student and I have noticed that most of these ‘scientific’ theories of leadership or counseling that we bandy around today actually have their roots in the Bible. For instance, the Bible teaches that words are spirits and have life in themselves. There are laws that govern spiritual reality. One of the most profound laws is the law of sowing and reaping. Words are seeds and when sown in the heart, the human spirit, will bring forth their kind. Words are the currency of the spirit world, they convey authority, but they have not in themselves the power of enforcement. No, the ‘earth brings forth of itself’. Words have an inherent ‘genetic coding’, to reproduce after their kind but only the heart, a spiritual soil, has the power to incubate and bring forth the fruit of the seed sown. When we sow positive words, we bring forth positive fruit; potentially! That much is clear. But between the sowing and the reaping is a process that is a given; while positive word seeds are growing, thorns, the negative seeds of the enemy are also growing.

The world itself is but a shadow, a corrupted version of the real substance.  Here is the truth as taught by the Bible: there are two sources of spiritual power; God and satan. Man has the power to choose who to believe and obey. That power is in the will of man. We can choose indeed to be whatever we want to be, but the power to bring forth our desire dwells elsewhere; with God or satan. The word belief or faith, translated from the Greek pisteuo, means ‘to obey, rely on or to trust in’ another. Belief in self, or self will, is nothing but a shadow of the substance and can only take one so far; and not very far really.

Belief is ultimately not in ourselves but ‘another’!

And here is another truth: there is no middle ground. To refuse to choose whom to believe is to yield by default to the current god of this world, satan.

What are the implications of these truths? Motivational speaking can tickle and excite us much but they will not deliver the world we seek. A few more successes here and there; one or two superstar models but invariably we all come back to reality; it is an evil, selfish, ‘cannibalistic’ world!

The solution is simple, even as Jesus taught us:

Have faith in God.

To have faith in God means, to trust in, rely on and obey Him, for who He says He is and what He says He will do.

God is Love and loves us beyond our imaginations. He loves us so much and so unconditionally, we may have taken it all for granted. And here is the formula He has given us to find the ultimate fulfillment in life, they are not ten but two: seek first His kingdom– let Him be your Source of authority; and His truth (righteousness) – know that He loves you passionately, and all else shall be added to you!

God loves you. Believe and receive His love. Declare this truth to yourself daily, until it becomes your reality, and then maintain your confessions all through your lifetime.

To know the love of the Almighty is to know self worth and the power to live and love indeed. That is the substance of life. It is a spiritual reality that brings light into the darkness that is life otherwise.  For God is light and in Him is no darkness at all, neither variableness or shadow of turning.

The kingdom of God is within you; the light of His love shining in your heart and from within you outward to your world.

Seek first these truths and all else shall be added to you: the passion to live a fulfilling life; to love yourself as you truly ought and your neighbor as yourself. You will discover the power to go on, in spite of all odds, and to pursue excellence as a journey. Then will you make your way prosperous and find good success at the end of life.